The Association in Switzerland

Why and how was the association born ?

We, Pascal and Martine, decided to found the non-profit “Les Amis de Svieta” association in December 2000, after our second adoption experience during summer 2000.
We had choosen Ukraine because Russian adoption conditions, where we first adopted back in 1998, had badly degraded. During our visits to our daughter Irina’s orphanage, we have had the opportunity to meet the other children of her group many times. We have been impressed by another young girl named Svieta, who suffered from a severe face malformation.

Despite that handicap, this little girl has a look full of tenderness, as well as keeness and kindness above average. But her malaise (due to her disability) and her attitude towards us have swayed us.
We have therefore decided to help her as soon as we returned to Switzerland. We, then, created from scratch the association “Les Amis de Svieta”. But before we even have been able to start any concrete action to support her and even though nobody seemed to care about her for the 4 first years of her life, Svieta found a family in December 2000.
Encouraged by this twist of fate, we have decided to pursue our efforts to help other ukrainian children.

First and most important, Madam Viktoria Davidona Dobrdzinskaya without whom the association would simply not exist ! 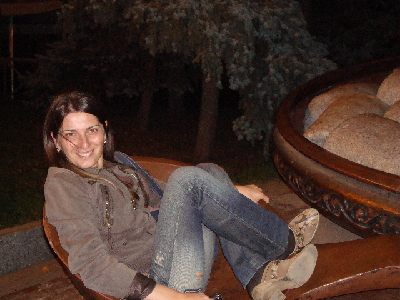 Indeed, how could we play an active role in Ukraine without having an efficient representative on site ? Vika has put herself into the asociation from the begining and dedicate herself to it without counting. Not only for the children, but also as go-between with the local executive circles and to answer our continuous flow of questions and queries. Vika and her family are living in the middle of Nikolaiev (Mykolayiv), Ukraine 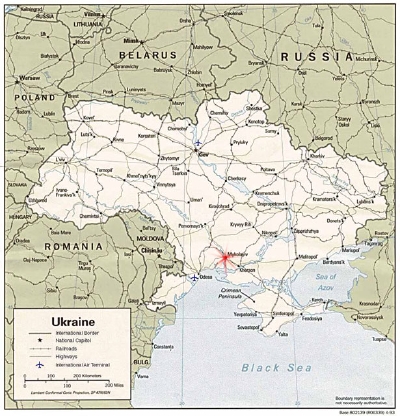 There are also Véronique, Nikolaï, Sacha and Joseph Erard. The Erard family joined as active membres at the end of 2002 when the association has been officially recognized. 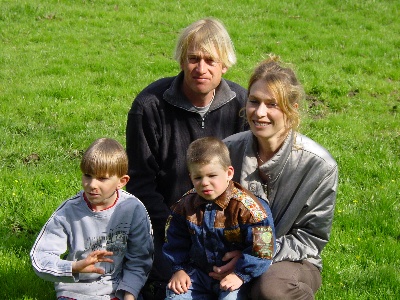 Nikolaï was born in 2000 in Nikolaiev (Mykolayiv), Ukraine while Sacha was born in 1995 in St-Petersburg, Russia. Both parents works in their farm located in St-Brais, Switzerland region (canton) of Jura.

As for us, we are Martine, Irina, Sergeï and Pascal Chavaillaz. 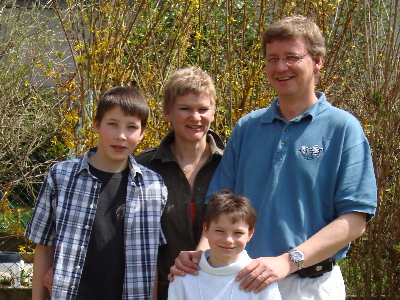 Irina was born in 1997 in Nikolaiev (Mykolayiv) in Ukraine. She spends most of her time at the St-Joseph school. Martine is born in 1966 à La Chaux-de-Fonds. She is a secretary. Sergeï is born in St-Petersburg (Russia) in 1995. He spends most of his time at the elementary school while Pascal, born in Reconvilier in 1964, works as an engineer.
The whole family lives in Villars-sur-Glâne, Switzerland region (canton) of Fribourg.
And of course, the numerous and generous donating members who are not only from Switzerland but from other European countries too !

On November 20th 2002, the constituent assembly took place with all members of the steering committee except Vika since it was rather difficult for her to attend. 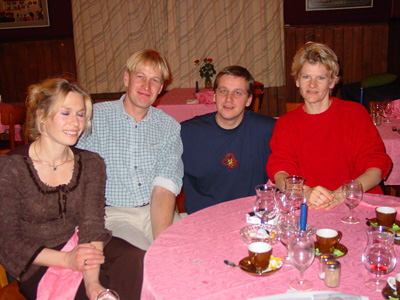 Roles in steering committee have been assigned and the association’s statutes have been accepted and signed.

Francoise and Christophe are the happy parents of Andrei (adopted in Romania) and of Sergey (adopted in Ukraine) and they live in Epauvillers in Clos du Doubs, Switzerland.

Along 2002, our association grew up by opening an American branch based on the existing Swiss one. We are also maintaining numerous contacts with many families having adopted from the Nikolaiev district world wide, as well as with other humanitarian helping association working with Ukraine.
It is with great pleasure and pride that we announced the birth of our association’s French branch in September 2004. This addition expands our activities across Ukraine territory since the French branch will concentrate its projects in the Kharkov region.