The Ukraine became an independent republic in 1991 and changed its name to Ukraine (without “the”).

Its population is about 50 millions of people for a total area of about 600’000 km2. It is composed of 23 regions and one independant republic. 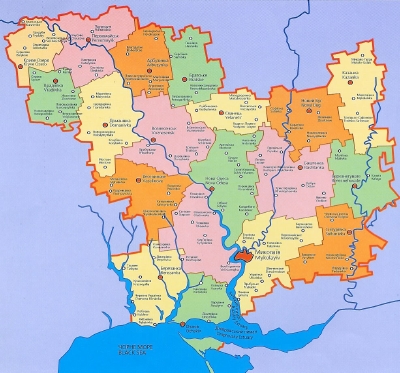 The capital city is Kiev (Kyiv). 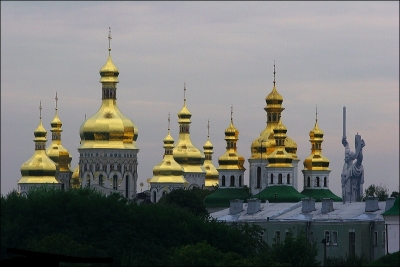 Ukraine has common borders with Byelo-Russia, Hungary, Moldova, Poland, Romania, Russia and Slovakia. it is also bordered by the Black sea and the Azov sea.

With the collapse of the Soviet Union an extensive, integrated economic structure also came apart. Administrative borders became national frontiers which have disrupted or blocked previously existing semi-global and semi-colonial regional and local economic, social and cultural relations. Compensatory mechanisms such as subsidies stopped. The economic slump, which even today in real terms sometimes comes to a loss of 30-40% of the previous per capita income, led to stagnation and even the partial collapse of the productive and social infrastructure, higher unemployment, “dis-industrialisation” and a return to a subsistence economy. Tied in with that are important problems in governance such as the misuse of power and growing corruption.
There are wide differences between the states of the former Soviet Union in the availability of resources, economic diversity, access to energy, raw materials and markets and with that the will and the possibilities to make the transition to democracy and the market economy. All these countries suffer disparities between urban and rural areas and enormous differences in income and wealth. As a result of the Soviet settlement policy, the Stalinist deportation policy, the economic repercussions of the collapse of the Soviet Union and of conflicts, there has been a vast internal migration in the area of the former Soviet Union with the return of more than eight million ethnic Russians to the Russian Federation and more than one million refugees and internally-displaced persons because of the conflicts in the South Caucasus. Unemployment and a lack of prospects go hand in hand with corruption, drug trafficking and consumption, HIV/AIDS, tuberculosis, prosti-tution, trafficking in women and children, as well as economically triggered seasonal and permanent migration, mainly into Russia.

Since gaining independence in 1991, Ukraine has been seeking to reinforce its links with the West, while at the same time avoiding a split with Russia, which remains its biggest trading partner. Under former President Leonid Kuchma, the transition process progressed more slowly than in other countries of Central and Eastern Europe. The introduction of privatization in 1994 provided only modest stimulus for growth. The political, administrative and economic system suffered badly from corruption, and economic recovery from the transition recession was hesitant. Following ten years of contraction, Ukraine’s economy took off fast from 2000 and even registered double-figure growth in 2004, partly due to higher world market prices for steel. Following widespread public protests against election fraud during the presidential election at the end of 2004, the Opposition – in the shape of a reform forces coalition under Victor Yushchenko – finally acceded to power. This election represented a clash between two value systems, with Yushchenko standing for the pro-Western forces that backed reform while his opponent Janukovich embodied the post-Soviet nomenklatura system which put the State and its resources at the service of a small elite. The “Orange Revolution” boosted the self-confidence of the man in the street and strengthened civil society. This momentous election victory was a vital step on the way to a pluralist democracy, but little progress was made on key political and economic reform issues in the tension-laden year 2005. The social situation in Ukraine remains critical. More than half the people live below the minimum income threshold. General access to medical care and education is not guaranteed. The economic and social consequences of the Chernobyl disaster, the twentieth anniversary of which fell on April 26th 2006, have not yet been brought under control. 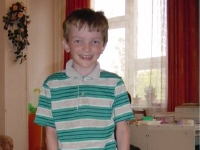