Support of the orphanages during the war

The background of this statement is the following:
The district (oblast) of Kherson is completely under control of the Russian Army. Thus ZuBS is also under Russian control. It may well be that there will be a referendum in Kherson one day, where the population can decide whether they want to belong to Russia (like Crimea at the time) or prefer to belong to Ukraine.

We know from Nikolaiev that the city no longer has a functional water supply and that drinking water is distributed by trucks. Otherwise, it is said to be quiet in the city.
Nikolaiev is currently still under Ukrainian control.

The NBH children are still housed in Chernovtsy, about 500 km west of Nikolaiev, and are safe. 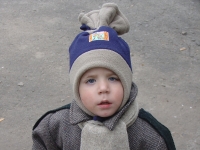